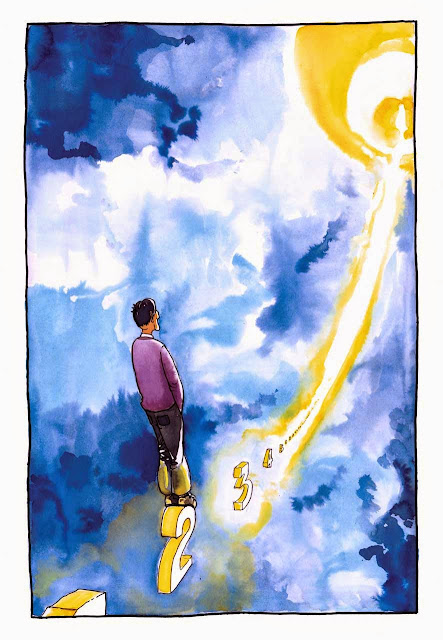 Algebraic topology, dynamical systems, additive number theory, combinatorics on words and one of the Big conjectures all thrown in together. And I could juggle it all at the same time in my mind.

This has been by far the best thing I have worked on and probably ever will.

Who's not been there will never be able to understand the beauty of doing mathematics.
It's not solving problems.
It's building universes with countless dimensions in your head and contemplating the intricacies of the structures that underlie them.
It's creating incredible places and spending days exploring your creations.
It's discovering the truth.
It's being able to change the rules and make true what was not, if you want.
It's being able to know what you do not know (and never will).
It's being able to create knowledge from what you know you don't know.
It's enjoying the purest intellectual pleasure.

The best mathematicians are not problem solvers, they are creators of worlds.

"What is it useful for?" is the most insulting thing you can ask a mathematician.
It doesn't matter.
Even the most modest of mathematicians has woven the rules of the universe into a small piece of eternal truth.
That is something that should be regarded in awe.
Someone, maybe tomorrow or maybe in a 1000 years, might find at any point in the future a world-changing use for that small piece of truth.
Or maybe not.
But it doesn't matter.

Doing mathematics is a privilege.

I am grateful for having had that privilege.